Help Us With the Clearing Your Fire Hydrant 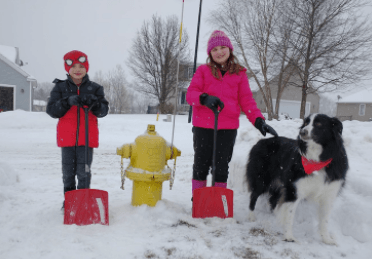 In an emergency, every second counts. When firefighters pull up to a home to tackle a house fire, they need to access the nearest fire hydrant as quickly as they can. This can be a challenge in winter when Mother Nature buries them in snow. You can assist the Fire Department by clearing fire hydrants of snow that may be in front of your house. Clear a wide enough perimeter around a hydrant for firefighters to work. Three feet is best.

The National Fire Protection Association (NFPA) estimates that U.S. fire departments respond to an average of 366,9000 residential building fires each year. These fires caused an estimated average of 2,465 civilian deaths, 13,400 civilian injuries, and $7 billion in direct property damage per year. Almost three-quarters (71%) of the reported home structure fires and 84% of the fatal home fire injuries occurred in 1- or 2-family homes, including manufactured homes. The remainder occurred in apartments or other multi-family housing.

home fire deaths result from incidents reported between 11 pm and 7 am. One quarter (25%) of all home fire deaths were caused by fires that started in the bedroom; another quarter (24%) resulted from fires originating in the living room, family room, or den; and 15% were caused by fires starting in the kitchen. Almost two-thirds of home fire deaths resulted from fires in which no smoke alarms were present or in which smoke alarms were present but did not operate. Compared to other age groups, older adults were more likely to be killed by a home fire.

Make sure your home has smoke and carbon monoxide alarms on every level and in every bedroom. Keep a fire extinguisher on every level, as well, plus the kitchen and garage.